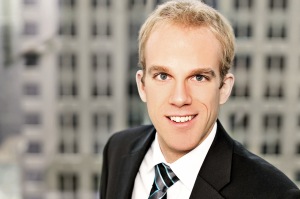 The current stock market is fit for Harvey Dent of the popular Batman comics. On certain days, positive fundamental data is cheered and on others it is booed. Harvey Dent was nicknamed Two-Face and it is precisely that reason why I am labeling it Harvey Dent’s Market. Two-Face based outcomes off a coin flip using a rigged coin (it had heads on both sides). He had the foresight of knowing what the outcome would be before the coin came to rest. Similarly, retail investors are often blind to the outcome of economic reports and trade activity. A look into the action from Friday and Monday shows my point fairly well.

Chicago PMI came in much higher than expected which lifted the S&P 500 marginally. Incoming tangent! Bear with me for a minute here. There is no unfair advantage or information leakage in the markets, right? Think again. High frequency traders (“HFT”) and institutions gain early access to certain economic reports and have the ability to trade on the information with incredible speed. Premium subscribers can see the PMI release at 9:42 ET while the rest of the world has to wait until 9:45 ET. Take a look at the below video, courtesy of Nanex, which depicts the first 100 milliseconds of trading after the early release. It is truly mind boggling.

Good News is Bad (or maybe it does not matter) 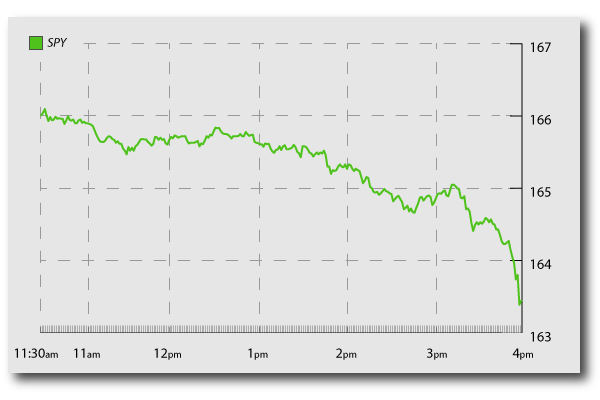 I think everyone forgot what month it was until the afternoon session. Equities sold off hard into close, marking a late revival in the “Sell in May and Go Away” motto. Maybe a great Chicago PMI number is not good? Maybe it was end of month selling or the realization of how terrible the ISM-Milwaukee number was in the face of Chicago PMI or the perception the PMI release may push the Fed towards reigning in its bond purchases. Either way, any good news was swept aside and replaced with shouts of “Sell! Sell! Sell!” a la Jim Cramer.

After the release of the ISM Manufacturing report, we saw S&P 500 futures trade down to session lows as bad news was seen as bad. Both indices fell well under expectations and into contraction territory.

Speaking of information leakage, it appears the ISM release either leaked early or someone flipped a coin just prior to the release (See the following link for more details from Nanex on how trades began 15 milliseconds before the official release time: http://www.nanex.net/aqck2/4306.html)

You could almost see the wheels turning a few minutes after the release. “ISM Manufacturing prints at the worst level since the summer of 2009? Sounds bad which means the economy is not doing so well which means the Fed has to continue QE3!” Anything which can be spun to keep the QE-addicted market pumped full of liquidity will be and has been. 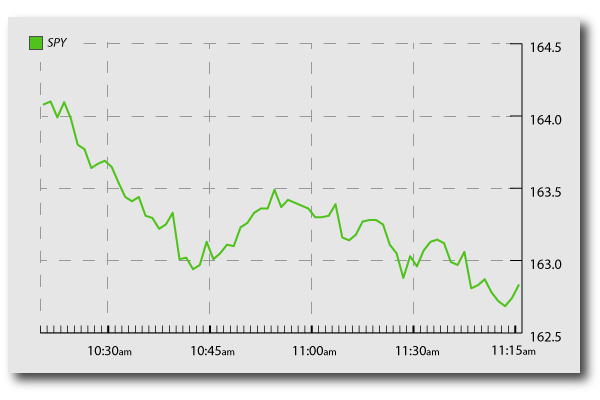 It did not take long before people started to remember what Bernanke said recently about reducing or stopping bond purchases. Suddenly, bad news becomes bad again. If the Fed takes off the training wheels and the economy is still struggling, there will be pain in the markets. 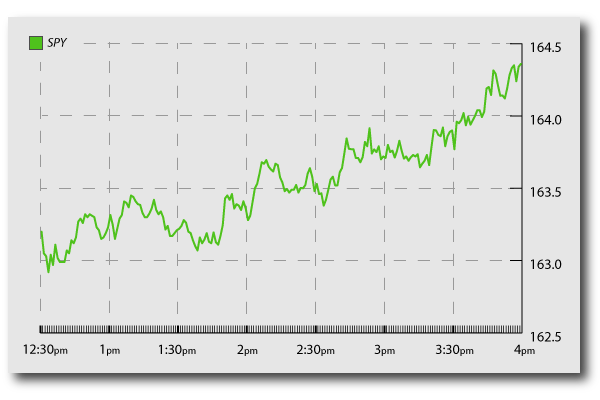 The short sellers had a short selling window (no pun intended) because before long, traders remembered Chicago PMI printed at 58.7 on Friday and bad ISM means QE stays! Ever see the new Wheat Thins commercials featuring the tag line “Must have Wheat Thins?” If equities had a commercial on Monday, the tag line might have been “Must trade higher!”

You might be asking yourself what all of my rambling means for you. Quite simply, it boils down to the fact the economy is stuck in first gear and the Federal Reserve has created a situation where it is forced to sit on the fence. The risk-to-reward ratio of staying long in the market has tilted to the side of more risk than reward. We are participants in a sentiment focused market. Every whisper from Merkel, Abe, Draghi, Bernanke, etc. could mean riches or doom for your portfolio. In this environment, tactical strategists drool over the uncertainty because it is in these periods where we tend to shine. The flexibility of a tactical portfolio allows us to maneuver away from risk and into favorable opportunities.

Will the S&P 500 close higher or lower than today’s level at the end of the year? Flip Harvey Dent’s coin. I call heads. The detachment of fundamentals from stock market movement makes the forecast difficult. As I stated in my last post below, the Federal Reserve faces the challenge of deciding when to end its current accommodative policy. If the chatter becomes action, watch out! We will be in for a wild ride either way.

Buy Low, Sell High is the mantra of the investment world. The Federal Reserve’s motto seems to be Buy More, Sell Never. First we had QE. When QE failed to stoke growth, the Fed extended the program into what is now known as QE2. When QE2 gave similar results, Big Ben initiated QE3 (or QE-to-Infinity) a $40 billion/month bond purchasing program with no definite end date. The Fed now sits at the critical crossroads of increasing QE again or tapering it down. Maybe it is just me, but I believed QE3 was the bottom of the Fed’s toolbox and there were no tools left. An indefinite program certainly gives the impression of grasping at straws. Each of these two main options involves a question of magnitude (e.g. Do you cut off the bond buying completely? Lower the amount? Unwind the purchases?). Each of the options has several potential outcomes. These scenarios warrant a discussion.

On a base level, there are logical reasons (in theory) for increasing QE. The economy has yet to move out of the sluggish growth range of the last 4 years. The labor market, while “improving” in the sense of lower unemployment, is barely adding enough jobs to keep up with population growth. Manufacturing has tailed off in recent months, both domestically and globally. Inflation remains below target as recent price declines are starting to tip the scale of discussion to deflation. Now what could happen if QE was bumped up?

• Talk of asset bubbles forming has escalated in recent weeks as the U.S. stock market approaches 20% gains on the year. Even Bill Gross chimed in, tweeting “#Yen carry trade driving all asset prices higher. Bubbles getting more bubbly. Will #QEs produce growth?” If additional QE fails to materialize in economic growth, it will only serve to further any asset bubbles forming. One may argue higher asset prices will stimulate the economy as individuals become wealthier and thus have more confidence/money to spend. A recent study by Pew Research Center shows though, only the rich tend to get richer in strong equity markets. The wealthiest 7% of the population saw their net worth increase from 2009-2011 while the remaining 93% saw a decline, most likely a factor of where wealth is held. A May Gallup poll showed the lowest percentage of stock ownership by households in the survey history since 1998 with only 52%. The lower income brackets tend to have their net worth tied up in their home while the upper brackets hold investments like stocks. Households earning $75,000 and over had 81% ownership while those under $30,000 came in at 21%.

• An increase in QE could finally ramp the economy up enough to break through the ceiling it is trapped under currently (see Figure 1). However, until the increase in money supply starts flowing THROUGH the economy (i.e. velocity of money), it will only stand to push up asset prices. 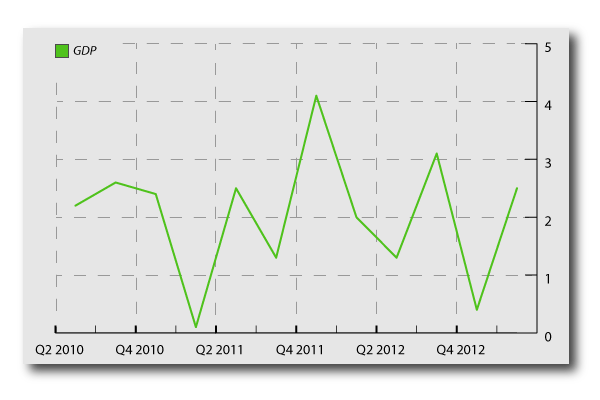 Ultimately, an increase in QE only stands to delay the inevitable: the day the spigot gets turned off. Speaking of…

Right now the Fed has an unrealized gain on its books. The unrealized gain is the improvement in the economy from the recession trough in 2009. At some point it has to close its positions. The Fed faces two outcomes if it begins to sell the bonds purchased through its QE program: economy performs worse or economy holds steady and continues to improve. Unwinding purchases too early may cause growth to stall or fall just as selling a stock without enough bid support will cause it to tumble. Most expectations are for further guidance on a plan to cut back on QE to come about in Q4. The Fed will need to see a few more months of economic data to judge whether the economy has legs it can stand on freely and if there are indeed asset bubbles forming.

In my opinion, the Fed needs to decide one way or another and soon. A chart of Wednesday’s price action proves we cannot have Bernanke talking out of both sides of his mouth. Futures moved higher on his initial comments, which appeared to indicate further QE, only to come off highs moments later when he hinted at paring back QE. The release of the FOMC meeting minutes later in the afternoon caused equities to pull back further. Staying in the middle ground will only push uncertainty into risk asset markets and business decisions, especially if comments continue to flow from both sides of the coin. 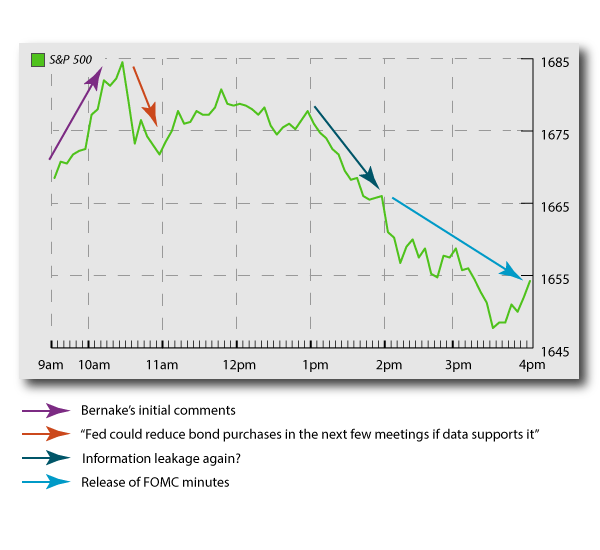 The minutes displayed more signs of the growing dissent between members on policy action as well as concerns about possible negative outcomes of continuing the current accommodative stance. Included in the minutes were the following statements:

• A number of participants expressed willingness to adjust the flow of purchases downward as early as the June meeting if the economic information received by that time showed evidence of sufficiently strong and sustained growth;

• At this meeting, a few participants expressed concern that conditions in certain U.S. financial markets were becoming too buoyant, pointing to the elevated issuance of bonds by lower-credit-quality firms or of bonds with fewer restrictions on collateral and payment terms (so called covenant-lite bonds)

Although Fed officials have individually made comments about risk asset prices in relation to QE, the release of these minutes was the first time we have seen it directly from the FOMC. Additionally, the first statement above has finally put a date to what I’ll refer as QE0. Prior meetings were marked by singular members expressing the need to start closing the valve while these minutes appear to show more members have joined in the chorus.

After getting the label of being the training wheels of the economic bicycle early on in the program, QE has become known in certain circles as the “only wheels.” (See Peter Schiff’s comments from May 26, 2011) Will the bicycle crash if QE is stopped or will it continue down the road (albeit probably wobbly and nervous)?

All information contained herein is for informational purposes only. This is not a solicitation to offer investment advice or services in any state where to do so would be unlawful. Analysis and research are provided for informational purposes only, not for trading or investing purposes. All opinions expressed are as of the date of publication and subject to change. Astor and its affiliates are not liable for the accuracy, usefulness or availability of any such information or liable for any trading or investing based on such information.